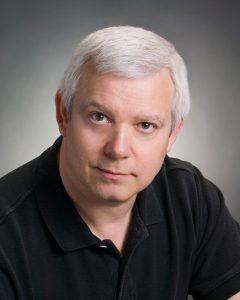 1 Corinthians 9:24 “Do you not know that in a race all the runners run, but only one gets the prize? Run in such a way as to get the prize”.

Come hear how Dan Thornton has been blessed, to be one of the most award winning photographers in PPA competition history. Using principals, and sound advice discovered in his 40 plus years of competing, Dan
will cover a mixture of tips and tricks that have brought him success.

Dan’s talk will cover everything from choosing the right images, print and file preparation, Photoshop enhancement, and even a way of winning more awards by checking one box on your entry form.

Learn not only how to improve your competition work, but your everyday photographyas well.

Dan’s humorous and anecdotal presentation, will encourage, educate, and bring change to your photography and maybe even your life.

Dan is recognized for his outstanding photographic ability at all levels of competition including regional, state, national, and international.  His dedication has led him to both photographic achievement and financial reward, in his place of business. Dan was, and is a pioneer in digital imaging technology, and was one of the first portrait photographers in the world to embrace this new tool.

He opened his first studio in his parent’s home during his junior year of high school.  In school he met his partner in business and in life “Joy”. Shortly they were married, and then Dan made photography his full time occupation and opened a studio outside their home. In 1982 they moved to their present location in Godfrey, IL. His work with digital imaging started in 1993.

Dan is a past president of the Southern Illinois Art League Past President of the Associated Professional Photographers of IL.  He has served on a digital advisory board for Eastman Kodak

This event is part of Capture 2020