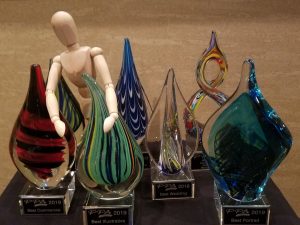 Photographer continuing to raise the bar year after year during our Print (Image) Competition.  Please be sure to read all the rules before entering.  If you have any questions please send them to info@ppaorpa.org

Our Jury Chairman is:

Our distinguished jury are:

If you are submitting physical prints, your digital images & titles that are uploaded to PrintCompetition.com must match the physical prints in your print case.

A PPA of PA Print Case consists of four (4) images. PPA of PA requires a $75.00 fee to be included with each print case that you enter in the annual competition.  An additional six (6) images
may be added to each case for Score Only, at the cost of $10 per entry. Score Only entries are not eligible for awards. If a maker is enters multiple competitions ( Photographic, Artist, Wedding) a separate case fee must be paid for each competition.

Awarded to a Wildlife image within the Illustrative – Nature category
This award is named in honor of Joe & Mary Jean Campanellie.
Artist Open Awards
Creative
Awarded to the Best Creative Artist image
Restoration
Awarded to the Best Restoration
Wedding Open Awards
Wedding Image
Awarded to the Best Wedding Image
Wedding Album
Awarded to the Best Wedding Album
Fuji Masterpiece Awards
The FUJIFILM Masterpiece Award is the the highest honor for print competitions that is given by Fujifilm. The award is given for prints in three separate categories–Wedding, Portrait and Illustrative–that reflects the highest level of professional photography. Only prints that are printed on Fujifilm paper with scores above 80 meet the criteria for the award. Only PPA of PA members are eligible for the Fuji Masterpiece Awards
Non-Member Trophy
Awarded to the highest scoring image by a non-member of PPA of PA.
CPP Award
This award recognizes the highest scoring Certified Professional Photographer print, album, or electronic submission by a PPA of PA member.
ASP State Elite Award
The State Elite Award is to be presented to the ASP member in good standing for the highest scoring entry at his or her State Print Competition. This means that he or she is a member in good standing with PPA as per our Bylaws and that he or she must be current with their ASP dues PRIOR to the competition. In the event of a tie, total case score will be the first tiebreaker. An ASP member is eligible for the State Elite Award in only one state and that state is determined by the mailing address on record with ASP. An ASP member who wishes to compete for the ASP State Elite Award in a different state other than their home state, must petition the ASP Board of Governors for the right to compete for the ASP State Elite Award prior to January 1 of the competition year in which they wish to compete in the different state.
320 Club
Awarded to PPA of PA members with all four designated images in a case receiving a score of at least 80.
Robert D. Golding Memorial Award for Best of Show
Awarded to the Best of Show image, chosen by the judges
Image Maker of the Year
Awarded to the PPA of PA member who has the highest scoring case with all designated images in the case receiving a score of at least 80.
+ Google Calendar+ iCal Export